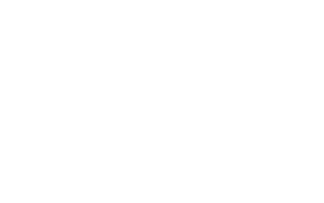 Ernest Wrentmore is dressed to kill with twin .45 automatics on his hips, a trench knife strapped across his chest, and enough ammunition to take out an enemy platoon. At age 12, Ernest is the youngest American solider in World War I France. He’s about to become a hero. Based on a true story.

On the first day of school in September 1917, 12-year-old Ernest Wrentmore disappears from his Ohio hometown without a trace. It will be more than a year before his family learns the full story behind his disappearance. Tall, intelligent, and looking older than his years, Ernest lies to a recruiting officer and is inducted into the army under an assumed name. Six months later, Ernest lands in France for advanced training. He polishes his skills as a courier, operating alone delivering vital messages. He gains prowess as a marksman with twin .45 automatics. He deepens his friendships.

The company deploys to a quiet section of trench in the French Alps – quiet meaning dozens are killed every week, not hundreds. Ernest fights hand-to-hand in no-man’s land, stumbles into an enemy trench while on a night mission, is strafed by an enemy plane, and buried in an underground dugout during a bombardment. The boy matures as a soldier.

Ernest enters the final battle of the war – a battle of movement, not trenches, and vicious hand-to-hand fighting. On a do-or-die mission, he runs alone through enemy territory to deliver a vital message. While evading bullets from a machine gun nest, he jumps into a depression filled with mustard gas. In less than 48 hours, the company is ground down to a few survivors and surrounded. Ernest is dispatched on an “at-all-costs” mission to headquarters to request, food, water, ammunition, and reinforcements. On this run, he must make a decision that will determine the course of the remainder of his life.

Ernest is a likable protagonist, one whom the audience will be rooting for while on the edge of their seats during horrific WWI battles. He is the youngest doughboy.